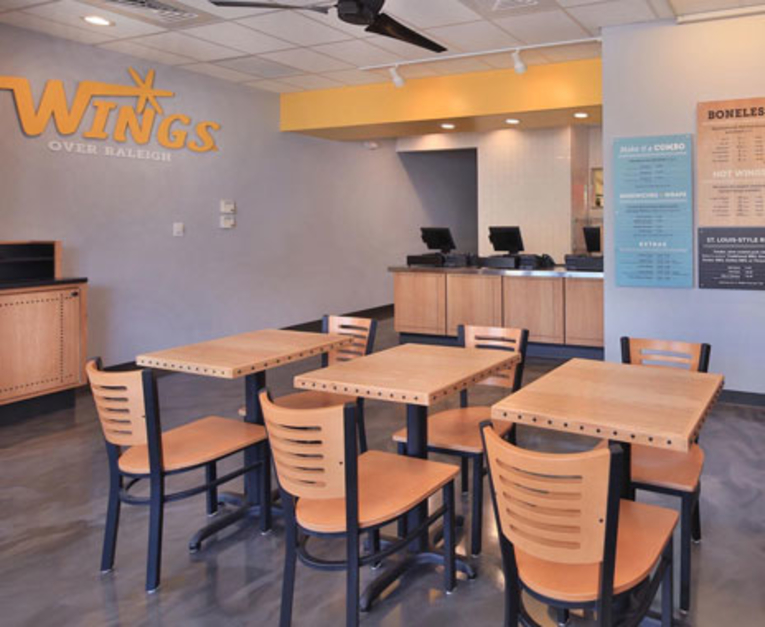 The four college friends were devastated. A Wings Over near Cornell University’s campus shuttered, boarding up years of memories and future reunions.

“We started joking about opening it back up,” says Dan Leyva. “That lasted only five minutes before it turned into a real conversation about how we can do this. What would it look like?”

A month later, Leyva, along with Kevin Mok, Raunak Nirmal, and Mike Wang, signed a lease for their Ithaca, New York, outpost of the 40-unit chicken-wing chain. Construction started in January and the store opened in April.

As it turns out, the rapid process was just a precursor to something much larger.

Wings Over is growing with its 2.0 model, which puts an emphasis on the food and customer experience.

Spicy Chicken Slinger Wings Over Is Coming to College Park

Comfort food source Wings Over is opening its next Buffalo wings and barbecue ribs restaurant this July near the University of Maryland.

for press related inquiries fill out the form below

Want to get in touch?

The only thing we love more than eating wings, is talking about wings. Reach out to learn more.